Mirrors are one of the best ways to dress up your decor! They can be elaborate or plain, and often look better in bunches. I like mixing styles, or collecting numbers of the same. Anything goes with mirrors! 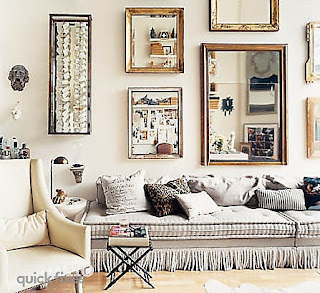 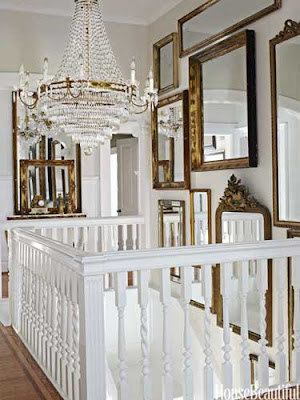 These photos show two wonderful examples of the more mirrors the merrier! Auctions are a great place to find a wide variety to collect and plan your wall. 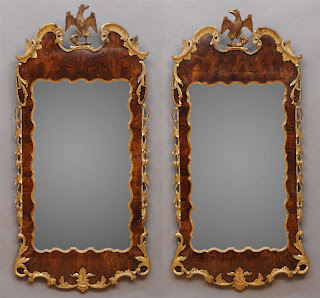 I didn't need to go far to find a wide variety of mirrors on offer at an upcoming auction. Stair Galleries in Hudson, NY has an auction coming up June 23rd with quite a few mirror options. A pair is always nice to have since they can decorate and balance a space. This pair are George II walnut carved and parcel gilt, and measure 4 feet 9 inches by 27 inches. These are Lot 328, and have an auction estimate of $2,500 - $5,000. I love the mix of wood and gilt for the warmth. 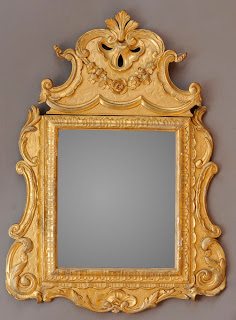 Mirror collections often look even better with a mix of plain along with elaborate. I like this Italian Baroque giltwood mirror. It has a great chunky carved frame, and you could surround it with simpler (less expensive) mirrors for fabulous effect. This is Lot 65 in the Stair auction, and has an estimate of $800 - $1,200.  This measures 42 3/4 inches by 31 1/2 inches. 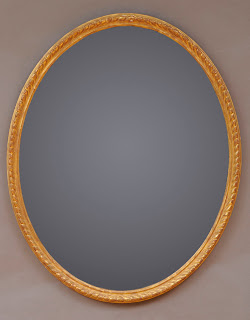 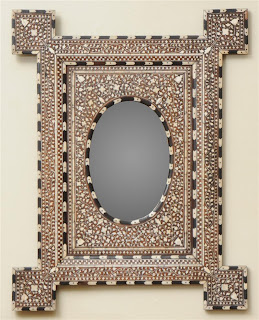 To mix up the collection a bit, add something a bit different. I like this ivory and ebony inlaid mirror for its wonderfully shaped frame with all its angles, and then the oval mirror in the center. This measures 26" x 20 1/2", and is Lot 123A. It has an auction estimate of $300 - $600.  It's not too big, and look great in a collection, or on it's own in a powder room. 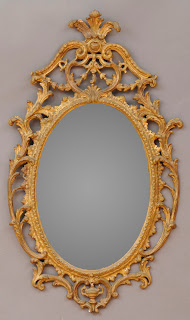 I have a very modern house, and yet I love my own George III mirror with a carved giltwood frame similar to this one. It's elaborate, makes a statement, and makes the room it's in special. This one is in the Stair auction and is described as George III style. It measures 47" x 28" (Lot 346), and has an auction estimate of $700 - $900.

If I were planning a wall of mirrors, I'd start with one or two special elaborately framed ones, and then fill in with inexpensive ones. Auctions have both, and you can even supplement with a few from Target!

Posted by Katherine@onlyobelisks.com at 10:59 AM No comments:

Darryl Carter is one of my favorite designers for making antiques look so fresh and modern. The June issues of Veranda and Elle Decor both feature him in inspiring ways. 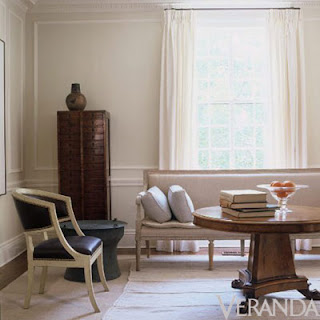 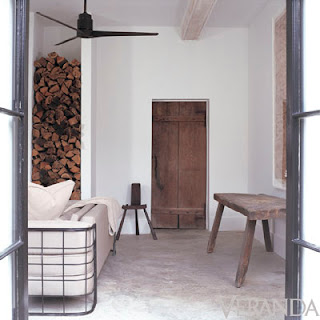 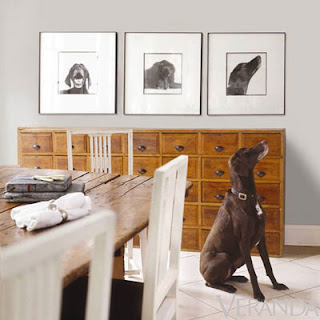 In each of these rooms you can see the wonderful use of high and low antiques to create a modern space. He prefers light colored walls to set off the browns of the furniture, and it works (even though I am a color girl when it comes to wall paint!).

The top photo has several more refined antiques including what I almost consider signature pieces for his designs - the regency sofa and round table. In the middle photo he uses very rustic pieces to wonderful effect. The bottom photo features a cabinet that you might have found in an old shop. 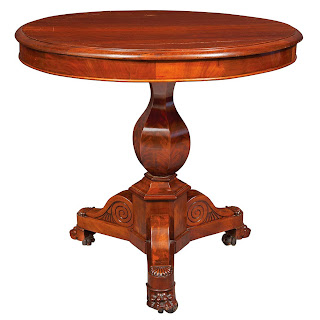 Two nice options for the table are these two Louis Philippe mahogany center tables coming up at auctions. The one on the left is in the next Doyle New York auction June 6th. This is Lot 663, and has an auction estimate of $800 - $1,200. 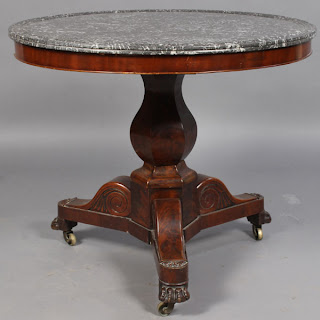 This one on the right is quite similar, but has the nice addition of a marble top. I like marble for hard wear. You won't worry about putting drinks on it, or scratching. This is in the next auction at Kamelot Auctions in Philadelphia June 9th. It's Lot 47 and has an auction estimate of $600 - $900. 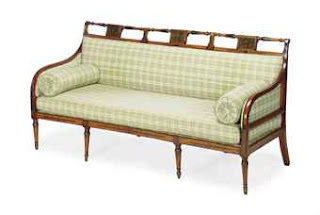 For a similar settee, I like this George III late 18th century painted satinwood settee that sold at a Christie's auction in New York. It has lovely detailing on the top which adds a lot of interest. If you want a really fresh look, upholster it in a white canvas. This sold for $2,500 off an auction estimate of $1,000 - $1,500. 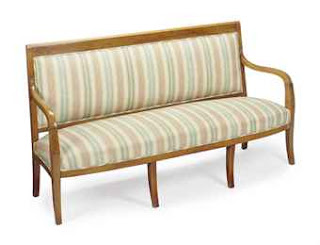 This one was a real bargain. This also sold at a Christie's sale with the same estimate of $1,000 - $1,500, but for only $375!. This is a mid-19th century French provincial fruitwood settee. Again, I would upholster it in white canvas for an updated look. 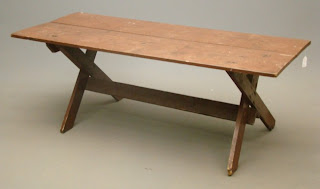 I love Copake Auction in Copkae, NY for Americana and rustic furniture. This 19th century sawbuck work table would serve nicely as a kitchen dining table, or as the console table like the middle photo. This sold for $150 off an auction estimate of $200 - $400. 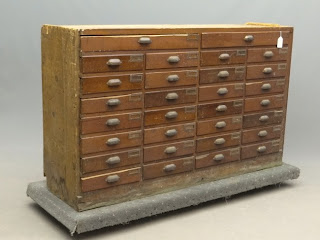 For a shop cabinet with lots of drawers, here is a 19th century hardware store cabinet that also sold at a Copake Auction. This sold for $300 off an auction estimate of $250 - $350. You could leave this in worn rustic condition, or polish it up for a more refined look.

Darryl Carter has the touch that makes antiques fresh and modern. Auctions are a great place to replicate his look. Just paint the walls white, re-upholster the furniture in white canvas, and let the warm woods pop! I would need to add a little color, but that's what pillows are for! Try red!!
Posted by Katherine@onlyobelisks.com at 11:42 AM 1 comment: 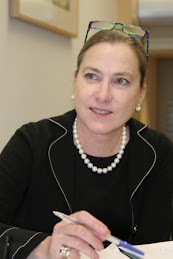